The VII Chamber Music Festival Spaces of Music began with a concert at the Konin Culture Center. Janusz Wawrowski with his new string orchestra Warsaw String Players and soprano Bogumiła Dziel-Wawrowska presented masterpieces of late Romantic music. The premiere of Norbert Palej’s Concerto for violin and string orchestra was a unique event. Next, the artists performed for the first time in the history of the festival at the Września Culture Center.

The festival ended with a concert in the Evangelical-Augsburg Church of the Holy Spirit in Konin. Warsaw String Players presented themselves in various chamber ensembles: from Bartók’s Duets and Sonata for 2 violins by Leclair, through string quartets, including a arrangement of a song by a Renaissance composer from Wielkopolska – Wacław z Szamotuł, and rarely found in music literature – Quartet for 4 violin by Grażyna Bacewicz.

We thank the audience for being with us, all support and enthusiastic reception of the new orchestra.

Special thanks go to the Mayor of Konin and City of Konin for great support in organizing the festival. We would like to thank the festival’s partners for their reception: Koniński Dom Kultury, Wrzesiński Ośrodek Kultury and Evangelical-Augsburg Parish in Konin.

You can watch a short film from the festival  at wielkopolska.tv.

We invite you to the 8th edition of the festival in October 2018! More at our Facebook. 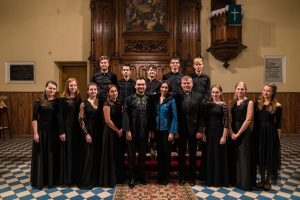 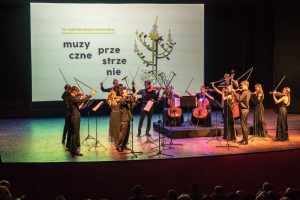 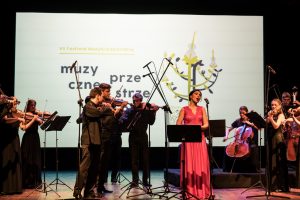 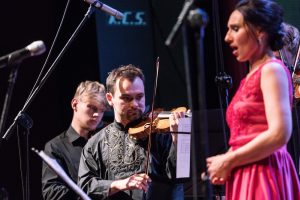 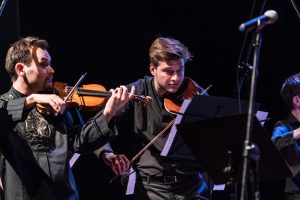 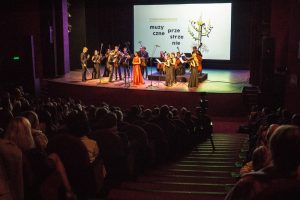 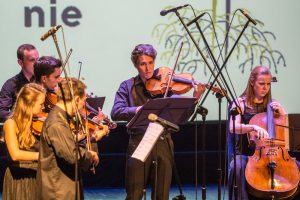 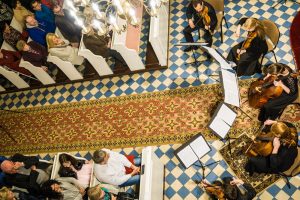 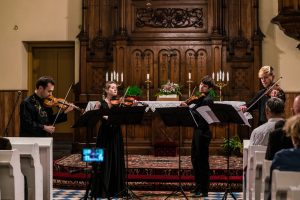 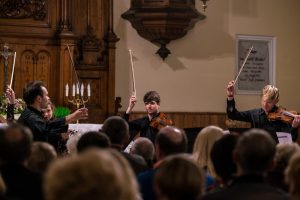 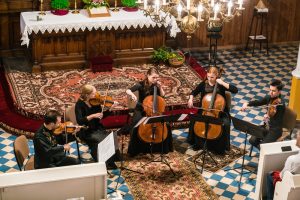 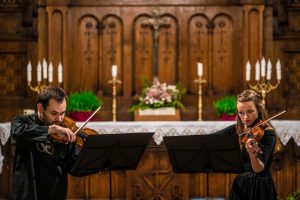 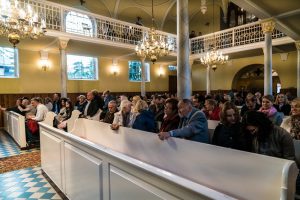 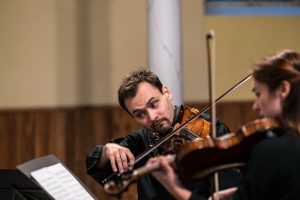 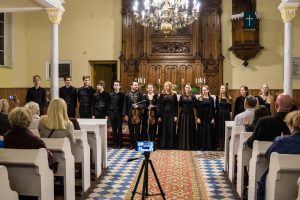 The Noskowski Foundation invites you to take part in

1st Chamber Music Festival “Spaces of Music” has happily finished. We invite you to have pleasure to read and see reviews and reports from the concerts and other festival events.

The King’s Singers in the Fara Church in Poznań – radiomerkury.pl

Report from the Festival – maestro.net.pl 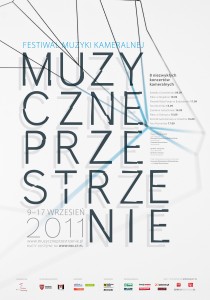 Spaces of Music Chamber Music Festival, held between the 9th and 17th of September 2011, is a novelty on the musical map of Poland. Organized by the newly formed Zygmunt Noskowski Foundation, it offers enthusiasts of chamber music a unique opportunity to enjoy exquisite artistic performances organized in the churches, palaces and castles of the Wielkopolska region.

Spaces of Music Chamber Music Festival is the first major event organized by the Foundation. The aim of Spaces of Music is to promote the union of music and architecture by staging concerts at historical sites of architectural and artistic value. Carefully selected venues will undoubtedly be one of several assets of the Festival: invited artists will perform in splendid castles, palaces and churches all of which have witnessed important moments in the Polish history and culture. The concert trail includes the Parish Church in Poznań, the Gniezno Cathedral, the Garrison Church in Gniezno, the Parish Church in Konin, the palaces in Dobrzyca and Rogalin, Manor house “Róża Poraja” in Budziejewo and the Gołuchów Castle.

Spaces of Music will be a singular event among European music festivals. For one spectacular week soloists of the top-class orchestras from around the world will come together to perform masterpieces chamber music, with particular emphasis on the work of Polish composers from the turn of the 20th century, such as Noskowski, Zarębski, Karłowicz and Maliszewski, often forgotten and unappreciated as a result of the turbulent history of the period. The program of the Festival will also include several of the great European masters: Bach, Liszt, Brahms, Bottesini, Boccherini, Górecki, Stravinsky, Faure, Mahler, Moniuszko. The Festival is helmed by its originator and artistic director, Janusz Wawrowski.