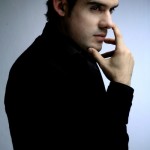 José Gallardo was born in Buenos Aires, Argentina. He began taking piano lessons as a five-year-old boy and subsequently continued at the Buenos Aires Conservatory. In 1997 he obtained a graduate degree in Piano Performance from the Johannes Gutenberg University Mainz under Professor Poldi Mildner. This is when he discovered his passion for chamber music.

He is pursuing a busy career as a chamber music artist in Europe, Asia, Oceania as well as South America. He has performed at concert venues such as the Berlin Philharmonic, Tonhalle in Zurich, Musikhalle Hamburg, Kurhaus Wiesbaden, Teatro della Pergola Florence and Accademia Santa Cecilia di Roma. He is a frequent guest at many festivals, including Lockenhaus Chamber Music and Verbier Festivals, Lucerne Festival, Ludwigsburg Schlossfestspiele Festspiele, Schwetzingen, Schleswig-Holstein, the Cello Festival in Kronberg and Rheingau Musikfestival.

Most of his recordings were made for EMI, Hänssler, Challenge Records Int., as well as Naxos. Various performances for radio and television (such TV stations as BR, SWR, MDR, BBC, RAI) have documented his performance career.

From 1998 to 2008 he was on the Music Department faculty of the Johannes Gutenberg University Mainz, and since the autumn of 2008 has served on the faculty of the Leopold Mozart Centre for Music and Music Education at Augsburg University.